Following the 1947 parade, Boston Mayor James Michael Curley himself granted authority to organize and conduct the St. Patrick’s Day-Evacuation Day Parade to the petitioner, South Boston Allied War Veterans Council (SBAWVC), an unincorporated association of individuals elected from various South Boston veterans groups. And with that, since 1948 the South Boston St. Patrick’s Day / Evacuation Day Parade has been veteran-led. The SBAWVC, a registered 501 (c) 19 veterans non-profit,  derives its members from each of the veterans posts in South Boston, to include Thomas J. Fitzgerald VFW Post #561, Michael J. Perkins American Legion Post #67, Martin F. McDonough American Legion Post #368, and Paul J. Saunders American Legion Post #383. The SBAWVC consists of volunteers that are devoted to putting on the best possible parade for the community. 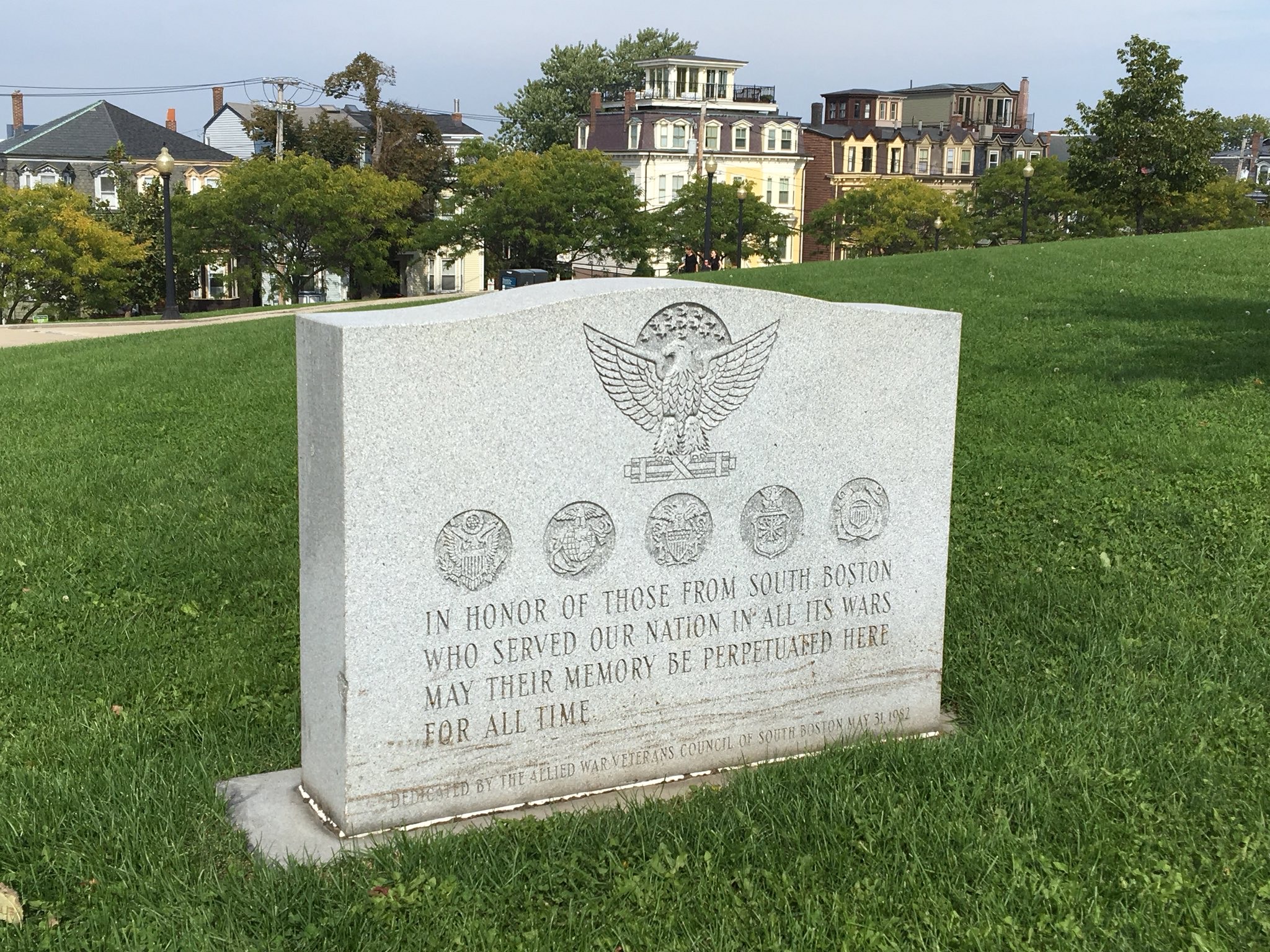 Veterans memorial at Dorchester Heights dedicated by the SBAWVC

The SBAWVC is committed to giving back to the community in more ways than just the parade, and contributes to a variety of civic initiatives, to include supporting local non-profits, as well as creating and refurbishing veterans memorials

A list of recent past SBAWVC Commanders can be found here.