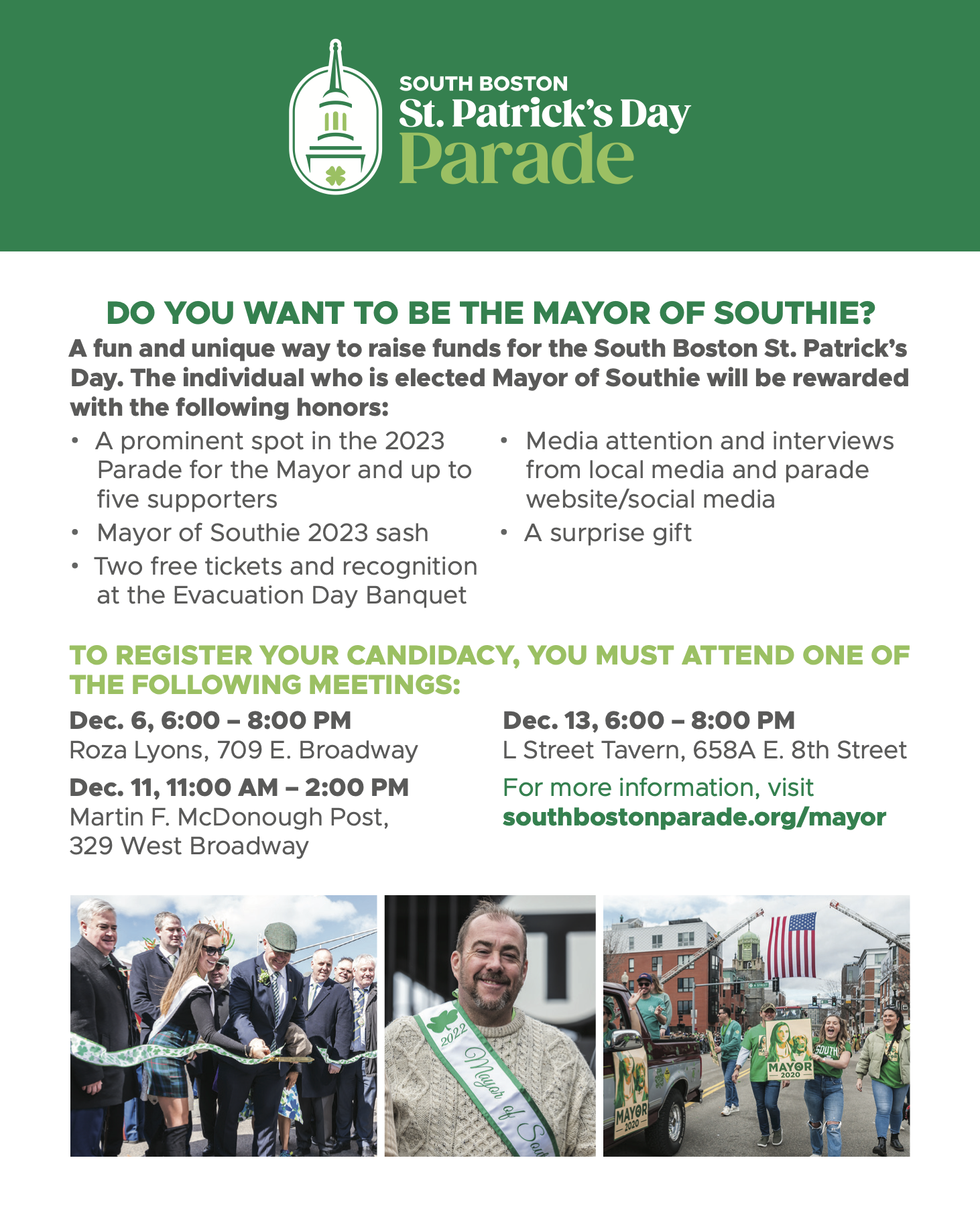 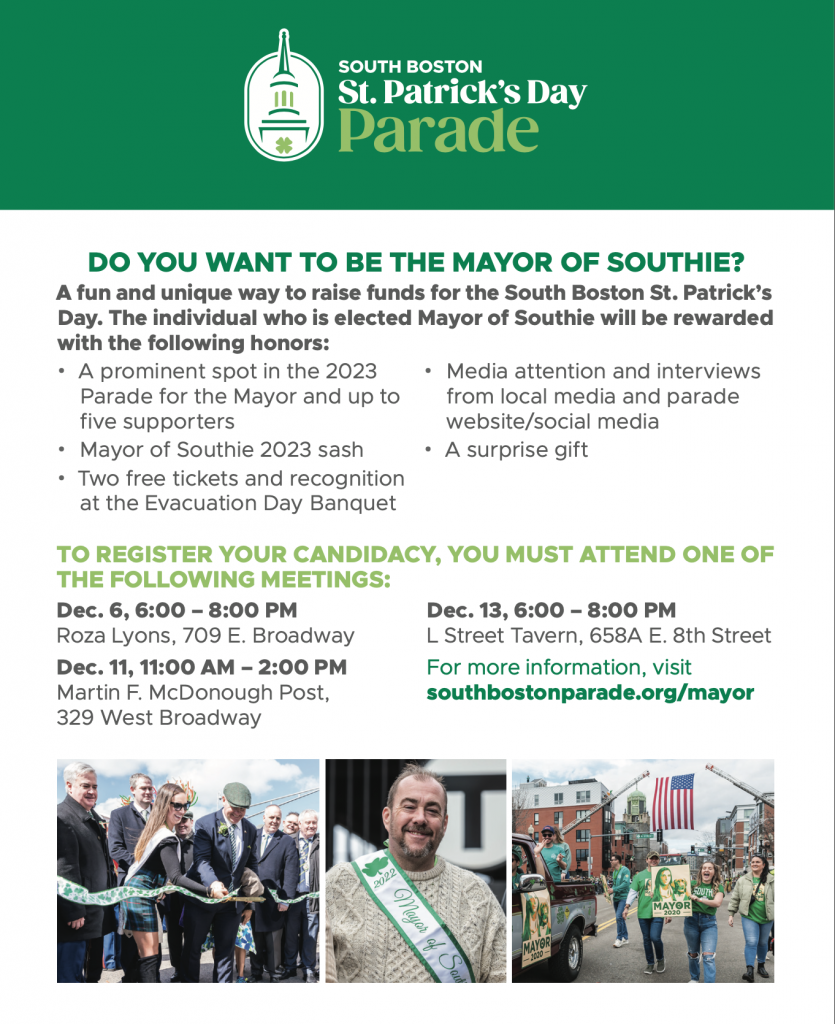 The candidate that raises the most is declared Mayor of Southie and receives a prominent spot in the parade, in addition to various other honors. Candidates serve an invaluable role, in not only raising money for this time-honored South Boston tradition, but also in getting the community excited for the annual event, while supporting local businesses by holding events and fundraisers.

The Mayor of Southie 2023 Campaign ran from December 1, 2022 – February 1, 2023. We had two great candidates run last year, Romina Bendo and Patrick Dillon, who raised a combined $30,638, with Pat edging Romina out for mayor with a final vote count of 15,405 to 15,233. It was quite the race and the Allied War Veterans Council is extremely proud and grateful to both of them.

All funds raised directly support our mission and programs.